I think that April has become with no doubt the number one month for Google updates. In the future I’m sure that everyone that works in the Internet marketing field will look after what is going to happen during the 4th month of the year.

Yeah, after the 2011 April update named Google Panda, which has insanely changed the future of the Internet, this last month April 2012 has seen some of the most incredible variations inside Google SERPs (aka Search Engine Results Page) like the new Google Penguin update.

Let’s face it, with the Panda algorithm update Google has started (well…has already been following this trend for a long time) telling people to create great, unique and compelling content. Content for which you would love to be associated, non spammy, in-depth, rich of features, media and much more.

But that wasn’t enough. Actually it was only the beginning: Panda has struck back again and again with minor and major updates (at the moment we’re at Panda 3.6).

Personally I haven’t experienced any casualties until a so called minor-update around the 13th of October (Google Panda October Update), which by many people is actually considered a rather major one. And the site that was hit didn’t have any bad backlink profile, was full of good content (yes), unique content (yes), rich/long content (yes&no)…and it got hit badly.
The verdict: Panda has hit this website due to a decent amount of thin content, original, but anyway thin.
The problem: all the scrapers rised well above the website right on the first page of Google.

Ok, now, that clearly states a big issue. It’s rather obvious that if a website (scraper, feed aggregator, etc) ranks above the original source the algorithm isn’t working well.

Anyway, time passed by, some actions have been taken and that website has seen a slow rise in the SERPs.

Getting back to the latest April 2012 updates of which Google released a rather detailed overview, we can see that the following big actions have been taken (I’ve added a brief explanation and some considerations next to each):

Nobody knows exactly which of these are the factors that relate to the Penguin update but I agree with Barry Schwartz at Search Engine Journal where he states that these could be in the list:

I must say that I’ve seen the no freshness boost for low-quality content already in action during the months of February and March, but for the rest they’re part of the Google Penguin update for sure.

Mauro Mazzocchini is the founder of TwizzyWeb a Digital Marketing Resources platform where you can find tips and guides on SEO, PPC, CRO, Web Analytics and also discover how to succeed with your online business. Mauro works daily on the web operating in various fields and has a strong passion for search engines. You can connect with him on LinkedIn, you can tweet with him on Twitter or you can reach him on Google+ . 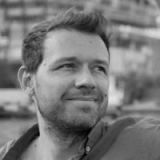 Mauro Mazzocchini is the founder of TwizzyWeb a Digital Marketing Resources platform where you can find tips and guides on SEO, PPC, CRO, Web Analytics and also discover how to succeed with your online business.
Mauro works daily on the web operating in various fields and has a strong passion for search engines.
You can connect with him on LinkedIn, you can tweet with him on Twitter or you can reach him on Google+ .

Hi Mauro, thanks for this great overview!
Unfortunately I think I’ve been penalized for an algorithm update during the month of April 2012, my rankings on Google have totally dropped for my website’s main keywords. What do you think could be the reasons and what do you suggest to do?

I hope you can help me. Thanks!
Brian Logan

Hi Brian,
well it’s a very difficult task to find out and understand the real reasons for which your website may have been penalized, but here are some tips that I can give you.

During April 2012 there have been some important updates of Google’s algorithm which basically are: Panda 3.5 and Penguin.

If you were hit by the latest Google Panda update, then you should start re-evaluating your website’s content, the structure of the entire website and the layout of your webpages. In order to succeed you must have a website with unique content that makes your pages different from any other website available and thus it would be a must-see page for any visitor searching for that content.

While if you were struck by Google Penguin, you should start looking at the Google Webmasters Quality Guidelines, which explains what are the best practices for ranking well on Google. Basically, you should avoid creating artificial links to your pages, links from low quality websites, too many exact match anchor text links and you should also avoid doing too much on-page optimization.

Summing up, it’s extremely important to find the right balance of optimization while working for creating great content.

Thanks for stopping by!
Mauro

Hey Mauro, thanks for this update and for your tips!
Waiting for new posts!

From Our Web Marketing Blog

How to Start a Blog: The Complete Guide

How to Start a Blog: The Complete Guide

Need to get in touch with me? Simply visit the contact information page.